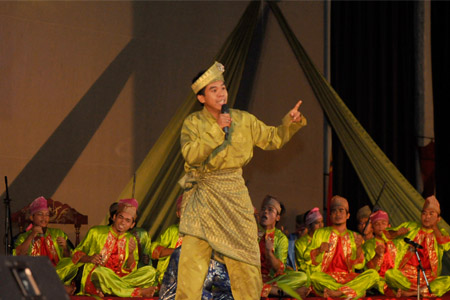 The event was enlivened by the presence of Hon. Dato’ Wan Azman Wan Omar, Registrar, UPM. The function was also graced by the presence of the Endeavour Mr. Mohd Nasir Mohd Nor, Political Secretary to the Minister of International Trade and Industry, Miss Zarina Mohd Nor, as the secretary of the Artists Association of Malaysia which also gave fully support to the program and representatives of the Kelantan Association of Cultural Arts activists , Mr. Suhaimi Ibrahim.

The program began with dikir barat preliminary contest from five teams participated, namely the Taboh Pendeta Junior group (USIM), Taboh Pendeta group (USIM), Kijang Mas group (UPM), Wira Gempita group (UPNM) and Pasak Pendita group (UITM).  The professional jury of UPM open dikir barat competition are Mr. Arimi Mohd Zin, Mr. Suhaimi Ibrahim and Mr. Asrul Faizal Kamaruzaman. The culmination night of the program was enlivened by the performance from Lion group from Singapore which brought variations in tradition of their dikir barat performance. The event was continued with performances combining the Kelantan dikir barat activists group and a group of students from 13th College who also enlivened the performance of that culmination night. The event was ended with the presentation of prizes to winners and the presentation of gifts to the guest of honor.

The program aimed to introduce and highlight one of the traditional artistic heritage of dikir barat to the university community in particular, and the community in general, which will incorporate a few of dikir barat groups from Kelantan and special guests from Singapore. The program provided a creative combination of exposure to the UPM students to recognize, cherish, appreciate heritage of the nations that still hold up until today. 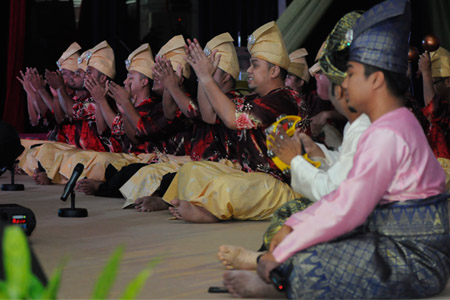